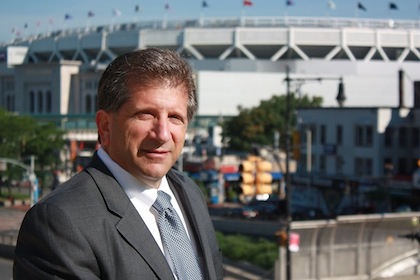 Mr. Eskenazi was recruited directly from Law School to the Brooklyn District Attorney's office where he served as an Assistant District Attorney from 1983 through 1986 investigating and prosecuting felony cases. After that, he began his career as a personal injury and malpractice attorney trying cases on behalf of plaintiffs. Within four years he was made partner and later started his own practice to be more personally involved with his clients and to try their cases when necessary. He also serves as trial counsel for attorneys in New York City and on Long Island who recognize his courtroom skill and trust him to prosecute and try their personal injury and malpractice cases.

If you've been badly injured or lost a loved one, you have a right to pursue damages with clarity of purpose and understanding of the road ahead. Mr. Eskenazi's unique life experience, his training and years of courtroom testing make him both a formidable adversary and a trusted counselor. He will seek justice and damages for you or your family, and will make certain you understand exactly what's happening as your case moves forward in court.

When you were injured or lost a loved one, you faced that trial on your own. In court, you will not be alone. We will stand by you every step of the way, advancing the legal battle until your case is resolved or until the jury reaches a verdict.